My Thoughts and Insights about Gambling Online

Well, I am happy to say that I have eventually updated the theme that I use for this website and fixed a major annoyance that the site had in Microsoft Internet Explorer Version 6.0.

I use RapidWeaver on the Mac to code this site. RapidWeaver takes care of the navigation and structure and leaves me with the nice HTML to do for the content. Some great plugins and a real quick way to rapidly deploy a nice looking website. The theme I had been using was limited to 800 pixels wide. I can see from my browser that over 95% of this sites viewers are running at 1024x768 or higher so I decided to manually hand crank the CSS of the site to increase the width to 900 pixels.

Along with this, I had to fix a really annoying bug with IE6 where the main content displayed below the left column, resulting in most users bouncing the site in IE6 as they could not see that content. 25% of my visitors use IE6 so I had to get this fixed. I still have a very slight issue with IE6, but it is one that is hard to notice and one I will fix another day.

I have some great things planned for the site now, with more content, up to date reviews, and regular blog postings giving all the news about Poker, Casino, Bingo, and Sports Betting.

Be sure to check out the Gambling Blog and Subscribe to it with your RSS Reader. I always have great information to share, so why not sign up to the Blog right away.

The History of Slots

We have just released an article that covers the History of Slot Machines.

Slot Machines are the mainstay of most Casinos and this includes Online Casinos where you will always find a number of themed Slot Machines to play.

Check out the article and learn about the History of Slots.

Andreas Jorbeck took down Europe’s top poker professionals in his first ever live game, the PartyPoker.com hosted Late Night Poker 2008 tournament. Jorbeck, 36 hails from Stockholm and has been playing smaller-scale online poker for around four years, never imagining that it would take him to this level of prestige.

The final round featured players from the World Poker Tour including top champions, Roland de Wolfe, Andy Black, Ian Frazer, Eddy Scharf and Surinder Sunar among others. The event was broadcast on Channel 4 in the UK and saw Jorbeck beat out de Wolfe after playing as an underdog for most of the rounds and winning an impressive $125, 000 by virtue of his win.

The Stockholm resident pressed his advantage in the finals by taking on a more aggressive approach to the play which enabled him to emerge at the top of the round, leaving the former champion de Wolfe as runner-up and 2008 Premier League Winner Black in third place.

Jorbeck is being touted as an example of the quality of online poker players as he managed to win against seasoned live-game professionals. PartyPoker.com is understandably enthusiastic about Jorbeck’s display and his show of skill in a tournament that had him barely pegged as a contender.

The British Fossway pub in York has seen the rise of local grandmother and former Nestlé employee, Christine Barklem (known to her friends as Titch) in poker competitions. Barklem, 52 only just recently learned to play having picked up the game around the end of last summer from getting into pub rounds and has shown a natural talent at Texas Hold ‘Em.

Despite winning multiple games and racking up a good deal of local notoriety, Barklem has been rewarded with little by way of money. Her entrance into the UK Pub Poker Championship itself only rewards £100 and a trophy because of strict laws governing gambling regulations within Great Britain. Just the same Barklem has already entered into the top three hundred pub poker players in all of the United Kingdom with little less than a year’s experience under her belt – an honour not to be underestimated.

The finals of the UK Pub Poker Championship will be held this Sunday, March 30th at Nottingham’s Dusk Till Dawn and will determine the final winner of the long weeks of intense poker playing. Barklem will surely have fans cheering her on as she goes for the title.

How to Play Slots

It is estimated that the next Internet gambling craze, after Poker will be Slot Machines, or Slots.

If you go to any Casino anywhere in the world you will always find the Slot Machine. These are true gambling machines. You place your bet, spin the reels, and await the hopefully positive outcome.

Well, I have just published the latest article from Findabet which shows you how to play slot machines. Check it out and I hope you enjoy reading it.

How to Play BlackJack

BlackJack is one of my favorite Casino games, probably only second to Roulette.

The ease of learning how to play BlackJack and its simple betting structure make it a sure fire winner in most Online Casinos.

Check out the new article here at Findabet.co.uk on how to play BlackJack and see if you can learn something from it.

With Easter just around the corner Crown Bingo are running an Easter promotion At their Bingo site.

Up for grabs are a fantastic Spring Weekend Away, Free Days Out, Bouquet of Flowers and bonus £5 bingo credits.

All you have to do to play is to find three Easter Eggs that have been placed at random in the Crown Bingo chat rooms. When you find an egg, be sure to note down the time, date, and room where you found the egg and fill in the Easter Egg Collection Form.

Evert correct entry will be entered into the draw.

Sports Betting has been around for as long as people have played sports. Gambling has been traced back to the ancient Greeks who used to place wagers, or bets, on sporting events such as the Olympics. Wherever an element of risk has existed, then the human race has normally being in a position to gamble on the event for the greater increase in wealth.

Check out the articles on Sports Betting and I hope they prove of use to you.

How to Play Bingo

Another new article has just been published and this time it is on how to play Bingo.

Bingo is a very common game that is played across word and we looked at the history of bingo in a previous article. Bingo is a pure game of chance and there is no real skill involved, apart from the skill in being able to maintain multiple bingo cards at the same time although you can just play with a single card. Check out the new article and see if you can learn more about the game of bingo.

How to Play Roulette 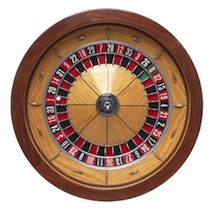 We have just released a beginners guide on how to play Roulette.

The guide to playing Roulette is aimed at the novice with no prior experience of Roulette. This, along with the History of Roulette will give the beginner enough background information to allow them to start playing in the Internet Casinos to try their luck with Roulette.